Artistic excellence, cutting edge line-up made accessible to all, presented in venues not usually used for such events, ECHO A VENIR imagines what the music and visual arts of tomorrow might be. It portrays openness to what is more alive and more eclectic in terms of performances, concerts, installations, documentaries, workshops and video mapping.

For this 4th edition, the festival ECHO A VENIR will choose as its theme ‘Bristol‘.
Since the 90’s, the city of Bristol has seen it’s name associated with Urban Art with ‘ Banksy’ and the Trip Hop scene for music with artists such as ‘Massive Attack, Portishead and ‘Tricky‘. There was even talk of a ‘Bristol Sound’.

Nearly 25 years later, how are these artistic currents felt in Bristol today ? This is the question being asked by ECHO A VENIR for its 4th edition of the festival.

The city of Bordeaux, on the occasion of the European Heritage Days along with The Digital Week and Organ’Phantom Association co-produce a monumental artistic creation in the Saint-Michel Basilica to be held on the second day of ECHO A VENIR Festival.

The theme of the 2015 Heritage Days being “the 21th century Heritage”
and that of the Echo A Venir festival being “Bristol”, we had the idea of ​​merging these two concepts with The Digital Week in the unique setting offered by the Basilica. There will be a retro-futuristic performance, lasting 12 to 15 minutes mixing a digital visual creation by Joanie Lemercier, co founder of the famous ANTIVJ label, with a musical composition of Eva Darracq, organist and professor at the Conservatory of Bordeaux as well as that of Damien Schneider, electronic music producer also from Bristol.

The concept is to travel through space and time by projecting 2D / 3D animations,
tailor made for the gothic interior architecture of the church, splashed by the Eva Darracq’s Baroque sound which one will be made futuristic by the electronics production of Damien Schneider.

A work of identification, residency and pre-production has been planned over several months with the three artists involved in this unique creation that will be presented three times on Friday evening, September 18, 2015.

co-founder of the visual label AntiVJ

Joanie Lemercier is a French artist primarily focused on projections of light in space and its influence on our perception.

Lemercier was introduced to creating art on a computer at age five by attending classes on pattern design for fabrics taught by his mother. The threads of his early education grounded his interest in physical structures: geometry, patterns, and minimalist forms. As Lemercier’s work evolved, he began to play with these concrete structures through the physics and philosophy of how light can be used to manipulate perceived reality.

Since 2006 Lemercier has worked with projected light, and he co founded visual label AntiVJ in 2008, with artists Yannick Jacquet, Romain Tardy and Olivier Ratsi. He worked on stage design for festivals such as Mutek (Montreal, Mexico) and worked alongside artists such as Flying Lotus (special show at the Roundhouse London), and with Portishead’s Adrian Utley (as part of the cultural Olympiads, London 2012), and architectural projections all around the world.

In 2010, Lemercier turned his focus on installations and gallery work, and exhibited at China Museum of Digital Art, (Beijing), Art Basel Miami and Sundance film festival 2013.

In 2013, Lemercier founded a creative studio in NYC, focused on research and development of artworks and experiments that use projected light in space.

He is represented by Muriel Guepin Gallery in New York City.

After piano pedagogy and organ studies at the “Universitaet fuer Musik und Performing Arts” in Vienna, she unanimously won the first prize for piano in 1998 and the first prize for organ in 2002 in organ class in Vienna. She specialized at the Conservatoire de Paris with Olivier Latry and Michel Bouvard. She wrote a thesis on the restoration and reconstruction of historic organs and “Masters degree of Art “.

Eva Darracq-Antesberger is currently working as an organ professor at the Jacques Thibaud Music Conservatory of Bordeaux, as well as main organist at the German organ for the St-Augustin Church in Bordeaux. At the same time, she continues her international concert career, invited to organ festivals throughout Europe, Russia, China, Latin America, Japan and North Africa. Invested in contemporary music and music creation, she has collaborated with many musicians, composers, dancers, actors, at festivals in Zurich, Vienna and Paris (Elektrokomplex, Musica Moderna, Novart, Orgel.Macht.Klang, Toulouse-les -Orgues ..), and created a dozen organ pieces.

Her work has been rewarded with awards and scholarships.

Since 2007, she has been working with the “Fondation Royaumont” as part of cross creations for organ, especially with electronic music, multimedia and dance. In this same approach, she realized the work “Organica1” for dance and organ, created in Tokyo in 2012 and then at the “Toulouse les Orgues Festival” in 2013. A duet with violinist Stephane Rougier was born in 2013, from their common passion for music and the desire to share the most diverse repertoires.

Damien Schneider is a French dj/producer based in Bristol, UK. He is the co-founder of the record label, Onnset Records (www.onnset.co.uk). Damien has also released on several record labels including Apologue recordings, Micropunto, Gynoid, Counter Pulse, Emetic, PAR recordings.

His tracks have been remixed by artists such as Perc and Tadeo. Damien is known for his late marathon sets full of energy. His sound is based on a subtle balance of bass-heavy drums, dissonant noises, mixed with elegant melodies and clinical sounds. Damien has got strong exprience of dancefloors from sharing stages and DJ booths with international artists including Shed, Redshape, Dave Clarke, The Advent, Oxia, Stephan Bodzin, Tony Rohr, Dj 3000, Heiko Laux, Apparat, Arnaud Rebotini, Shifted, Agoria, Byetone, Neil Landstrumm…
Over the past years, Damien has also been working on audio visual projects with his long time friend, Joanie Lemercier (www. joanielemercier.com). They performed at various festivals including Bloc festival (www.convex.me).

They’re currently working on a new audio visual show which will be launched in a St Michel Basilica in Bordeaux – FR in September 2015. Damien has also got a new EP coming out on Onnset records featuring a remix of Ansome. The EP is due for September 2015.

Addison Groove first began his career under another alias as Headhunter and with an LP and a 12 ” released on the influential Tempa label (Skream, Benga). In 2007, it imposed himself as a legend of the Dubstep scene. He continued to work until 2010 and suddenly, out of nowhere, he launched one of the greatest Bass tracks of the decade :”Footcrab” under the name Addison Groove. Feedback on “Footgrab” is phenomenal and goes well beyond the Dubstep framework, since it also took its place in the record boxes of the biggest House and Techno DJ such as Aphex Twin, Surgeon, Ricardo Villalobos and Mr Scruff.

Taking in influences from the Ghetto-Teck in the Chicago juke scene, the impact of Addison Groove on stage Bass Music in UK is colossal and unprecedented, generating limitless interest among his peers, as well as that of the general public. Progressing at breakneck speed, he combines signatures on various prestigious labels such as 50 Weapons (Modeselektor Label) Swamp81, Tectonic (label Pinch), 3024, Hessle.

Here is a unique live set, the work of two headstrong figures of the Bristol techno scene: Kowton and Peverelist. Together, they deliver what Bristol has best to offer. The powerful sound of Kowton combined with that innate sense of Peverelist own beats. They inject Dub Method and the Soundsystem culture in the English techno. A mixture that is universally recognized by critics and which, played on huge speakers, reveals an impressive physical dimension.

Livity Sound is also a label born in 2010 whose outputs thrill the electronic world from Bristol Dubstep community to the world. Appearing on the cover of WIRE magazine in 2013, the label has proven its talent as producers. Having delighted the of Les Nuits Sonores, it is our turn at Echo A Venir to have the pleasure of welcom them.

Real Scenes is a series of films in which we explore the musical, cultural and creative climate within electronic music’s key destinations. We’ll look at the role singular figureheads—producers, DJs, promoters—play in making their city’s music scene a point of world-wide interest. We’ll also look at places, spaces and inspirations, seeking out the essence of what gives these hyper-local scenes a truly global resonance.

The eyes of the world have turned to the UK in recent years and have found some of the most exciting, genre-defying young artists to emerge from electronic music. But while London’s scene can be fractious and hard to pin down, there seems to be something in the air in Bristol that unites its participants. Whether they’re creating dubstep, house, techno or something else entirely, the cross-pollination in Bristol is unique. In RA’s first official entry into video, we journey to Bristol to explore how the city has flourished in recent years, discovering why this small metropolis is one of the most influential electronic music outposts in the world today.

In the premier of this event on Friday, September 18, Joanie Lemercier will honor us with an introduction to video-mapping through its software VVVV (pronounced ‘V 4’) and his own free software Mapping Toolkit 2D.

This workshop, for professionals or initiated only, is organized in partnership with ‘The Digital Week’ and is limited to 10-15 people maximum. Each participant must bring their own laptop with the software VVVV Mapping Toolkit installed beforehand.

Please note: as the software runs on Windows, Mac users must have a Windows for Mac program installed. 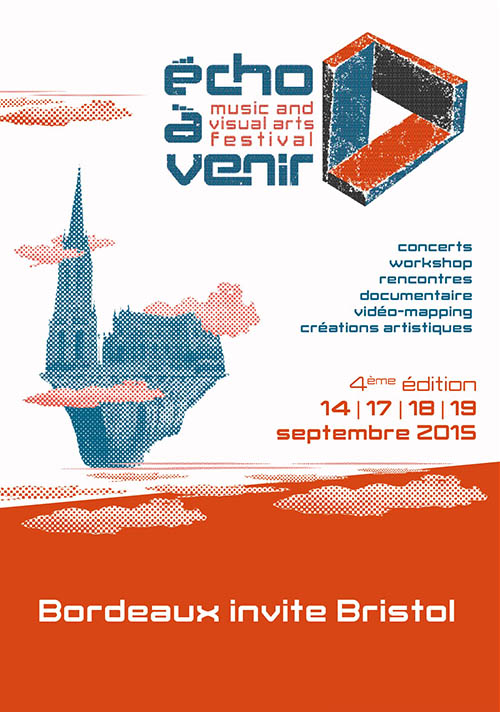